In India, generally, every company or a firm or any other person having taxable income, is required to file its tax return with the Indian tax authorities on or before the due date, in prescribed form(s) electronically. It may be noted that tax return is required to be filed even if complete amount of taxes have been withheld at source.

The income tax form(s) have set format and any additional information by way of note, etc. cannot be electronically filed with such form. The income tax return forms are like self-declaration of the income earned by a taxpayer in a particular financial year. The due dates for filing income tax return are as follows:

It is worth mentioning that the taxpayers are alsorequired to estimate income and pay quarterly taxes on the income earned or to be earned, during a financial year, by way of advance tax, i.e. before the end of financial year. Generally, in the case of salaried personal tax liability is covered by taxes withheld at source by the employer, as such there is no need for them to pay advance tax unless they have income from other sources. Further, there is an exemption from payment of advance tax, where the tax payable, after reducing withholding tax, is less than Rs.10,000 in a financial year.

In the event advance tax paid and tax withheld on the income falls short of 90 percent of total tax liability, a taxpayer is liable to interest. Further, interest is also payable in case of short fall in the instalments of advance tax.

The income tax return filed is electronically processed. The manner of processing involves-: (a) computation of income after making adjustment, if any, for arithmetical error, incorrect claim apparent from tax return form, disallowance of expenditure indicated in audit report, etc., (b) computation of tax, interest and fee, (c) determination of refund/ sum payable after adjustment of tax, interest and fee.No adjustment pursuant to such processing is made without informing the taxpayer.

Recently, the penal provisions under the Indian tax law have undergone a significant change. In terms of the amended provisions, in case the assessed income is greater than the income as per the tax return electronically processed as mentioned above, then the differential would be the under-reported income of taxpayer, liable to penalty. In case where tax return is not filed, the income assessed would be the under-reported income, liable to penalty.

The following will not be considered as under-reported income for the purpose of levy of penalty-:

It is relevant to mention here that as per the extant provisions of the Indian tax law, in case where no return of income is filed by the taxpayer, there is no provision to reduce the amount of taxes paid (i.e. withholding tax, advance tax, etc.) while determining tax on under-reported income. As such, penalty is computed at the rate of 50%/ 200% of tax payable on the under-reported/ mis-reported income, being the income assessed by the income tax authorities. Further, non-filing of income tax return may also attract prosecution in certain cases.

A new provision with regard to waiver of penalty has also been introduced in the Indian tax law, wherein waiver from penalty is granted if the tax and interest as per the order of assessment is paid within the prescribed time limit and such order is not contested before appellate authorities. Such waiver, however, is not available in the cases where penalty is levied because of mis-reporting of income. 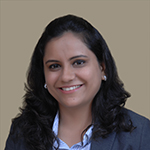 CBDT Notification dated September 30, 2019 in relation to amendments in provisions of Rule 10CB

Reconciliation of GSTR-2A for availment of Input Tax Credit (ITC)