Aadhaar no. is a 12-digit unique identity number based on biometric and demographic data of an individual. Aadhaar scheme, which was conceptualized in the year 2006 and launched in the year 2009 with the creation of Unique Identification Authority of India (UIDAI), has secured the enrolment of almost 1.2 billion people in India and is viewed as one of the biggest schemes worldwide.

A new section, Section 139AA, was inserted by the Finance Act, 2017, as per which it is mandatory for persons eligible to obtain Aadhaar no. to quote Aadhaar no. in the PAN application form and in the income tax return, with effect from July 01, 2017.

Where PAN has already been allotted to any person who is eligible to obtain Aadhaar as on July 01, 2017, such person is required to link his Aadhaar with PAN.

The Central Board of Direct Taxes (CBDT) on April 04, 2017 also issued a press release in this regard clarifying that such mandatory quoting of Aadhaar shall apply only to a person who is eligible to obtain Aadhaar number. As per Section 3(1) of the Aadhaar (Targeted Delivery Of Financial And Other Subsidies, Benefits And Services) Act, 2016, every resident shall be entitled to obtain Aadhaar no. by submitting requisite information and undergoing enrolment process.

Further, as per Section 2(v) of the said Act, “resident” means an individual who has resided in India for a period or periods amounting in all to 182 days or more in the 12 months immediately preceding the date of application for enrolment.

Section 139AA also provides that the Central Govt. may, by notification, exempt any person or any State from the above requirement.
The Central Govt. vide Notification No. 37/2017 dated May 11, 2017 (which came into force from 1st July, 2017), exempted following individuals from the provisions of Section 139AA:
1. An individual residing in the States of Assam, Jammu and Kashmir and Meghalaya,
2. A non-resident as per the Income Tax Act, 1961,
3. An individual of the age of eighty years or more at any time during the previous year,
4. An individual not being a citizen of India.

The CBDT has been continuously extending the deadline for linking Aadhaar number with PAN due to various problems faced by the taxpayers such as mismatch in Aadhaar details or shortage of Aadhaar facilitation centers etc. As of now, the last date for linking Aadhaar number with PAN has been extended to 30th September, 2019 by the CBDT. Till date, over 85 million individuals have linked their PAN with Aadhaar.

The constitutional validity of Section 139AA has been a matter of dispute and several petitions were filed before various High Courts and the Supreme Court in this regard.

n September 26, 2018, the Supreme Court (majority view) in the case of Justice K.S. Puttaswamy (RETD.) vs. Union of India [2018] 97 taxmann.com 585 (SC) held that Section 139AA is not violative of Article 21 of the Constitution including right to privacy as it satisfies the triple test (I) existence of a law; (ii) a ‘legitimate State interest’; and (iii) test of proportionality.

The Supreme Court held that Section 139AA requires linking of PAN number with Aadhaar number for the purpose of eliminating duplicate PANs from the system with the help of a robust technology solution. Those who have PAN number and have already provided the information required to get PAN cannot claim to have any legitimate expectation of withholding any data required for Aadhaar under the ground of “privacy”. The Supreme Court highlighted that Income Tax Department PAN database identified 16.5 million non-PAN transactions totaling around INR 330,000 million of undisclosed transactions, which would have gone undetected had it not been for Aadhaar linkage. The Supreme Court opined that linking of PAN with Aadhaar would significantly enhance legitimate collection of country’s revenue.

While Aadhaar- PAN linking has been upheld, the Supreme Court, inter-alia held linking of mobile numbers with Aadhaar as disproportionate and unreasonable state compulsion and thus, unconstitutional. Likewise, the Supreme Court also held linking of bank accounts with Aadhaar as unconstitutional since it fails to meet the test of proportionality.
(Last Updated: April 01, 2019) 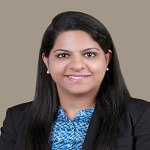 Relaxation in Annual Return and Audit Report (GSTR 9 and 9C)